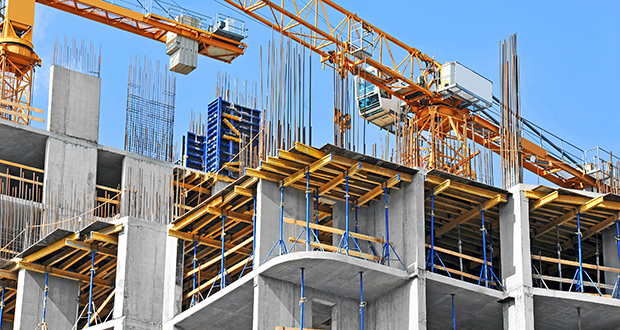 As you should know, construction projects and contracts are a complex ‘machine’ that can bring forth many challenges as progress is made.  This article points out that the larger the project the more room for defects and error.  If a defect arises in an aspect of the construction (whether that be in the building itself or in a breach of contract) it could become a legal matter.  Consider the points this article makes if you are currently in the midst of this kind of situation or a construction project in general.

Editor’s note: Guest columnist Nick Dolejsi is an attorney in the Minneapolis office of Zelle LLP. He represents clients in construction and real estate disputes and other litigation. Any advice or views are solely those of the author.

The costs and likelihood of litigation increase when dealing with larger buildings – such as apartments, condos or townhome complexes – because economies of scale start shifting in the owners’ favor. For example, it is more cost-effective for members of a condo association to pool their association money to prosecute a perceived construction defect in a large building than it is for a homeowner to fund a lawsuit involving a single-family home.

It is no coincidence that the proliferation of construction defect litigation coincided with the condo boom around the turn of the century. Given the widespread nature of construction defect litigation, it is surprising that general contractors sometimes ignore a relatively straightforward legal defense that may be available under certain circumstances.

There is a simple concept in the law with a not-so-simple name: “privity.” The formal definition of privity is “a legally recognized interest in the same subject matter.” The informal definition is whether someone – here, a property owner – has a legal right to sue someone else – here, a general contractor. Under certain circumstances, the answer is no. And in those circumstances, the general contractor may have an absolute defense even when construction was defective.

With certain exceptions, there are basically three separate legal claims a property owner asserts in a construction defect lawsuit: breach of contract, negligence, and breach of statutory warranties.

But, to assert a breach of contract claim, the property owner generally needs contract rights, which they do not always have. For example, it is common for a developer to sell an apartment building after construction is completed. Under this scenario, the general contractor typically has no contract with the second owner, so the second owner may not have contract rights.

A general contractor is neither the guarantor nor the insurer of all problems that may occur with a building. Instead, a general contractor’s responsibilities are usually defined and limited by the construction contract it signed and applicable warranties.

The same is true for a negligence claim. Negligence claims are generally limited to situations involving personal injury or damage to other property – that is, damage to something other than the building itself. Minnesota generally does not recognize negligence claims based purely on the disappointment of commercial expectations, which oftentimes is the essence of a construction defect claim.

These defenses are not always asserted by general contractors – but they should be, and they have been successful in Minnesota.

In a 2013 case, a Ramsey County district court dismissed a condo association’s defective construction claims against a general contractor relating to a large condo building in St. Paul. The judge did so because the association was not a party to the construction contract and the claimed defects were limited to the building itself, meaning that there were no personal injuries or damage to “other property” to support a negligence claim.

But statutory warranty claims are different. Statutory warranties are warranties that Minnesota imposes on builders and developers by law, hence the name “statutory.” They generally apply even after the property changes ownership.

Statutory warranties are often blamed as a primary culprit for the rise in construction defect litigation. Although legislation has been drafted to curb statutory warranty claims – including a bill that would require a two-thirds majority vote among residents before initiating a construction defect lawsuit on behalf of an association – these efforts have not been enacted into law.

The defenses discussed in this article are somewhat untested, and they are only available in certain situations. But when they are available, they may provide an efficient way to end or narrow a dispute. The defenses may be particularly effective when the alleged defects fall short of a “major construction defect” because, in that case, the general contractor may have a complete defense to all claims brought in the lawsuit.

It is advised that general contractors facing construction defect claims analyze whether the property owner has any legal rights to sue in the first place.

Nick Dolejsi can be reached at ndolejsi@zelle.com. Zelle LLP has eight offices in the nation and one in London.