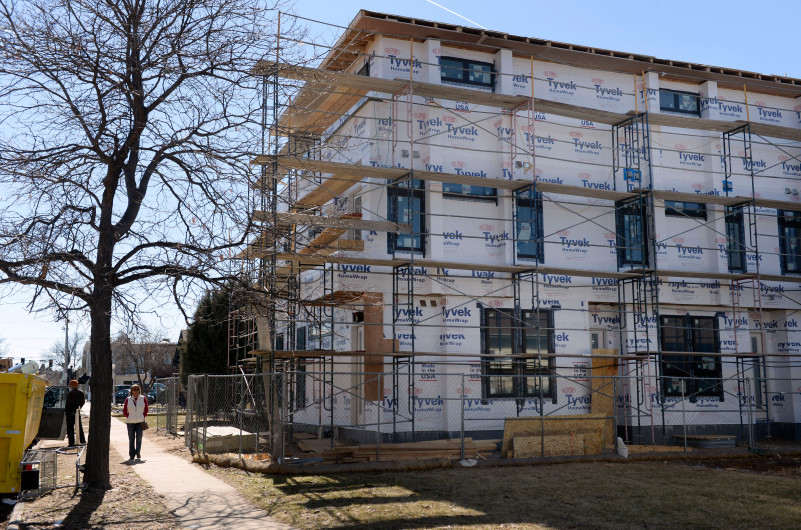 This week a vote made by a state House committee passed unanimously getting this bill about construction defects of condominiums one step closer to becoming a law. This bill has already been debated and amended several times, and now it is beginning to progress. Learn about everything this bill still has to pass in the article from the Denver Post below.

Rep. Alec Garnett, a co-sponsor of HB 1279, says he expects measure to pass both chambers before the legislative session ends

The Colorado legislature took a major step toward passing the state’s first viable construction defects reform bill, with a House committee on Wednesday giving unanimous support to a measure requiring majority homeowner consent before a legal action can be taken against a condominium builder for shoddy workmanship.

Supporters of House Bill 1279 referred to the measure as a bipartisan compromise on an issue that repeatedly has stymied previous legislatures, and they promised it will help rejuvenate Colorado’s anemic condo construction market by making it more difficult for homeowners associations to sue developers over defects.

The bill is one of half a dozen defects reform measures introduced this year to tackle the challenge of laggard condo construction in Colorado — most of which have died or face an uncertain future.

Rep. Alec Garnett, D-Denver, a co-sponsor of HB 1279, said he expects it to pass both chambers before the legislative session ends in May. The measure passed the House State, Veterans and Military Affairs Committee on Wednesday afternoon on an 8-0 vote.

“I’m very confident this compromise makes it to the governor’s desk,” he said.

Garnett was joined at the Capitol on Wednesday by a collection of heavy hitters in Colorado politics, including Gov. John Hickenlooper and Denver Mayor Michael Hancock, who spoke to reporters in support of the bill. Hickenlooper said HB 1279 retains a homeowner’s right to seek redress for leaky windows or a slumping foundation while at the same time giving builders some assurance that they won’t automatically end up mired in expensive litigation.

“If we can’t solve that conflict, we’re going to have trouble getting people to buy houses and to be able to have houses enough for the people who want to buy them,” the governor said. “Ultimately it would threaten not just our families and where they live, but it would affect our workforce and ultimately our economy.”

Garnett said the deal he and stakeholders on both sides of the issue reached late Tuesday night “should raise the cloud and allow the sun to shine down and thaw what has been a frozen market.”

But HB 1279 addresses only one aspect of construction defects reform, and there are still bills under consideration that deal with insurance cost controls and binding arbitration as a preferred method of dispute resolution. The fate of those bills is far less certain than HB 1279.

Kathie Barstnar, co-chairwoman of the pro-reform Homeownership Opportunity Alliance, said that although the bill is good one, it is not going to address fully an issue as complex and layered as construction defects.

“No single bill is going to be a silver bullet for this issue, but it is a good compromise moving forward,” she told the committee Wednesday.

Scott Smith, CEO of the Colorado Association of Home Builders, was circumspect about whether the bill would have any immediate impact on builders’ appetite to re-enter the market with new multifamily, owner-occupied housing. Condos in Colorado have dropped to around 3 percent of all housing starts, compared with 20 percent a decade ago.

Those opposed to reform in the past came around on HB 1279 this year. Suzanne Leff, a delegate to the Community Association Institute’s legislative action committee, said the bill “strikes an important balance” between homeowner rights and assurances for developers.

She applauded the bill sponsors for excluding developer-owned units from getting a vote on whether to initiate a legal action against the builder and said the bill provides statewide uniformity on an issue that individual municipalities had begun to address on their own.

In a sign of how intractable construction defects reform has become, the committee hearing for HB 1279 was twice postponed this past month as lawmakers and lobbyists on both sides of the issue hammered out details during multiple late-night sessions. The final sticking point centered on the amount of time the measure would give homeowners to hold an election on a defects claim.

The bill’s original language established a 120-day period, but interests representing developers insisted it be 60 days, saying the longer period increases developers’ exposure by effectively extending the statute of limitations during which they can be sued. Garnett said both sides agreed to make the pre-election period, during which homeowners and builders can make their cases about an alleged defect, 90 days.

“This agreement today balances the interest of homeowners and consumers while hopefully creating the conditions for builders to take on the task of starting new multifamily homes and ultimately the availability of more attainable housing units throughout the metro area,” House Speaker Crisanta Duran told reporters.

Hancock said “Denver is thrilled with this positive step forward.”

From the Republican side, Rep. Cole Wist said the bill puts “homeowners first.” Wist was a co-sponsor of HB 1279.

“HB 1279 allows for a transparent and fair consent process that carefully balances the interests of owners and home builders, and this bipartisan legislation reflects critical input from a robust stakeholder process,” he said Wednesday. “This is a great result for Colorado.”