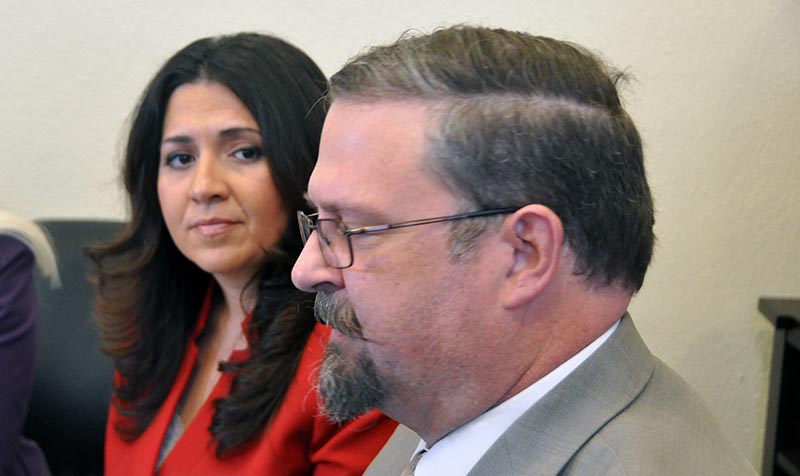 The coalition of business leaders and affordable-housing advocates that tapped the brakes this week on legislation meant to make it harder for condominium owners to sue builders over defective construction took a firmer position on Monday in opposition to another bill with bipartisan sponsorship, saying it would discourage condo construction.

“Colorado desperately needs construction defects reform but Senate Bill 45 is not the answer!” reads an “action alert” distributed by the Homeownership Opportunity Alliance on Monday night.

“This bill will continue to block the construction of attainable housing in Colorado by stripping legal protections put into place by state law and adding another layer of litigation on already over-burdened courts,” the HOA email says.

Sponsors have said they consider Senate Bill 45 a key component in a bipartisan legislative package to spur condo development that builders say has stalled statewide because Colorado law makes it too easy to sue developers over construction problems. Introduced on the first day of the legislative session, it’s passed one Senate committee and is awaiting action in that chamber’s appropriations committee.

The other pieces, lawmakers say, are House Bill 1279 — that’s the bill the HOA says needs some adjustments before the coalition can get behind it — and a pending Colorado Supreme Court decision in the Vallagio at Inverness Residential Condominium Association, Inc., v. Metropolitan Homes, Inc., et al. (The case should decide whether a homeowners’ association can rewrite a developer’s condominium document that requires binding arbitration, instead of a lawsuit, to resolve disputes over construction problems.)

Duran said in a statement when House Bill 1279 was introduced that she hopes the two bills and the high court’s decision, taken together, “will finally put to rest an issue that has been a bone of contention in the Colorado General Assembly for many years. Our goal is to restore some balance to the Colorado real estate market and make housing more available.”

While a spokesman for the HOA — for years, a key player in legislative battles to reform construction defects laws — says the group is open to negotiating provisions of House Bill 1279, which sets hurdles for homeowners’ associations before they can pursue a complaint against builders, the coalition stands firm against Senate Bill 45.

“Nobody approached the coalition about it to be a part of any discussion prior to its introduction,” HOA spokesman Mike Kopp, president of business-advocacy group Colorado Concern and a former Senate minority leader, told The Colorado Statesman. “For the record,” he added, “the HOA, including the Metro Mayors Caucus, was never involved in discussions before that bill was announced.”

He said the organizations oppose the bill for numerous reasons — because it doesn’t address the “main driver” of expensive insurance policies that discourage condo construction, it puts the thumb on the scale in favor of insurance companies over the companies they’re insuring, and it would overturn a bipartisan insurance reform bill that passed nearly unanimously at the beginning of the decade.

“We’ve always believed insurance is a secondary market in this — insurers write their rates to cover their risks. Right now, you have very few insurers willing to write in the market, and those that are left have very expensive policies. We think the main driver is the likelihood of being dragged into a multi million dollar class action lawsuit,” Kopp said, adding that House Bill 1279 is at least attempting to address that likelihood.

Senate Bill 45 would also reverse key provisions a 2010 bill that was supported by 91 lawmakers, Kopp said, including several still serving in the Legislature.

“The bill would eliminate an insurance company’s duty to defend their insureds,” he said. “When you pay a premium for insurance, you ought to be assured you’re going to be defended.”

It also establishes a pre-trial evidentiary hearing Kopp said with a chuckle would require all the companies involved in a construction project to discuss all the issues surrounding a complaint in front of attorneys representing homeowners’ associations. So the plaintiff’s attorneys get to sit there and have a free pregame warmup,” he said.

At a press briefing Wednesday, Duran devoted most of her remarks to defending House Bill 1279 but also spoke up for Senate Bill 45.

“We’ve introduced two bipartisan pieces of litigation,” she said. “All we have seen throughout this process is the goal posts continue to change over and over again.”

After the briefing, she told The Statesman she was disappointed that the HOA coalition was formally opposing Senate Bill 45.

“Ultimately, we’re trying to get a more equitable process to allocate defense costs, so if you’re a small business owner and you had nothing to do with the defect, then why should you have to pay for defense costs?” she said. “I think it’s unfortunate that they’re against it.”

If you are in the construction industry in Colorado you have most likely been following this story about changing legislation on construction defects in the state.  Last month, we shared an article about what the legislation included and what it would mean for the industry.  This article goes into more detail about Bill 45 and the arguments surrounding it.  A verdict has not been reached yet, but learn the path it is on in this article by Ernest Luning of The Colorado Statesman.