What is a contract?

What is a contract?

Do you have a legal contract? Don’t leave the details of a contract open to interpretation or let the courts determine the intention. We can help you avoid many potential pitfalls and accomplish your business goals with a properly worded contract. If you have questions regarding a contract or a potential breach of contract, call Richard Franks today at 720-389-5374. 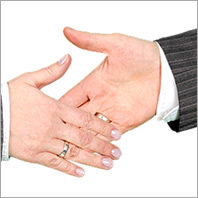 A question often asked by clients when discussing issues with a business transaction, is whether there is a “legal contract.” It is often believed that a contract must be a formal document that is labeled as a contract, and must contain any number of complex terms and conditions in difficult to follow legal jargon.

In fact a contract can be found from facts discoverable from the conduct of the parties, that do not have to be in writing, and may include some written material and some verbal material. In fact, a contract can be an oral one; i.e., based on no written evidence whatsoever, and be found under the law to be just as binding as a formal written contract drafted by a team of expensive lawyers.

A contract is merely an “offer” to do something for someone, and “acceptance” of the offer by the beneficiary of the service or potential recipient of an item of value, supported by some kind of “consideration, or value.” The latter item can seem confusing, but value is basically any detriment to one of the contracting parties, and benefit to the other contracting party.

Thus, if Bob offers to buy Jack’s car for $200, and Jack agrees to sell to sell the car for $200, which he can do by merely saying “okay,” or “it’s a deal,” there is an offer, an acceptance, value, and those all combine to form a contract that is legally binding on Bob to buy the car, Jack to sell it and purchase price of $200. If either party defaults, buy not living up to the terms of the deal, there is a breach of contract and that party is subject to having to pay the other party damages.

Because courts like to find contracts when there is evidence that parties wanted to enter into a contract, the court will supply by implication the terms of the contract that the parties did not specify, such as the time of performance, the quality standard for the car, if any, and what an appropriate remedy should be if there is a breach.

We have years of experience working with all forms of contracts, from the most simple one as is the example above, to complex business transactions involving hundreds of pages of contract clauses. If you have a question about a contract, a potential breach of contract claim, or a threatened claim against you for breach of contract, we can analyze the issue quickly, and suggest a course of action that will best preserve all of your rights. In addition, because we are a small law firm, our low overhead allows us to offer competent legal services at very competitive rates.